The Schola Cantorum of Most Precious Blood of Jesus Parish teamed up with the Schola Gregoriana from the St. Gregory Institute of Sacred Music for an inspiring liturgical performance of Gabriel Fauré’s Requiem in Dm, Op. 48. Conducted by Mr. Nicholas Will, founder and president of the St. Gregory Institute, nearly 30 singers and a 10-piece orchestra gave a moving rendition of the piece for a full congregation of parishioners and visitors.

Fauré’s beloved Requiem is extremely well known in the avenue of sacred concert music, and has been performed countless times in auditoriums and concert halls around the world, but this performance was altogether different. Perhaps the most striking aspect is that the piece was performed in its original context from when it was written in 1888: within a Roman Catholic, Traditional Latin Requiem Mass.

This Mass was a rare opportunity to see the full substance of Fauré’s music and his portrayal of the sacred text, right within its proper place in the liturgy. From the dramatic opening of the Introït et Kyrie as the clergy processed into the church, to the beautifully delicate melodies of the Pie Jesu and Agnus Dei during the Consecration and Communion, Fauré’s music reached its greatest emotional and spiritual potency – not as a concert piece, but as accompaniment to the greatest drama of humankind: the Holy Sacrifice of the Mass.

While Mr. Will conducted the orchestra and polyphony, John Rokosz conducted the chant, and his parish schola took the lead on some of the most challenging Propers for the Mass of the Dead: the Gradual, Tract, and Dies Iræ Sequence. These critical texts are conspicuously omitted from Fauré’s work, but they play a pivotal role in conveying the frightening realities of the Church’s teaching of death, judgement, Heaven, and Hell. The gravity of these texts flows beautifully through this prose, and even a cursory glance is overflowing with substance:

(When the wicked are confounded,
Doomed to flames of woe unbounded,
Call me with Thy saints surrounded.)

Any normal performance of Fauré’s Requiem would ignore these chanted texts, which makes this event all the more fulfilling. The jarring disparity of Fauré’s tender, hopeful orchestral polyphony against the stark, solemn tones of Gregorian chant are a compelling illustration of the complexities of death. For Catholics, death is all at once a time to mourn; a time to be hopeful; and a time to remember our own mortality and spiritual wellbeing.

The Requiem Mass was celebrated by Canon William Avis of the Institute of Christ the King, and pastor of Most Precious Blood of Jesus Parish. The Mass was offered for all the faithful departed of the Diocese of Pittsburgh – a meaningful expression of the shared goal of synergy and evangelization between the English and Traditional Latin Mass communities of Catholic faith.

In addition to the fine work of the musicians, a team of audio and video engineers worked diligently to capture and share the event online with a seven-camera shoot and professional audio recording. The Mass was broadcast over the radio at WAOB 106.7 FM, and can be viewed in its entirety on Vimeo.

Please see the gallery below for photos and audio samples of the performance. Still photography by Jeff Balmert. Many thanks are due to Mr. Nicholas Will, Canon Avis, Tom Nypaver, Mark Sikora, Joe Parrish, the orchestral musicians, and the scholas of Most Precious Blood and the St. Gregory Institute for making this such an awe-inspiring experience for secular and faithful audiences alike! 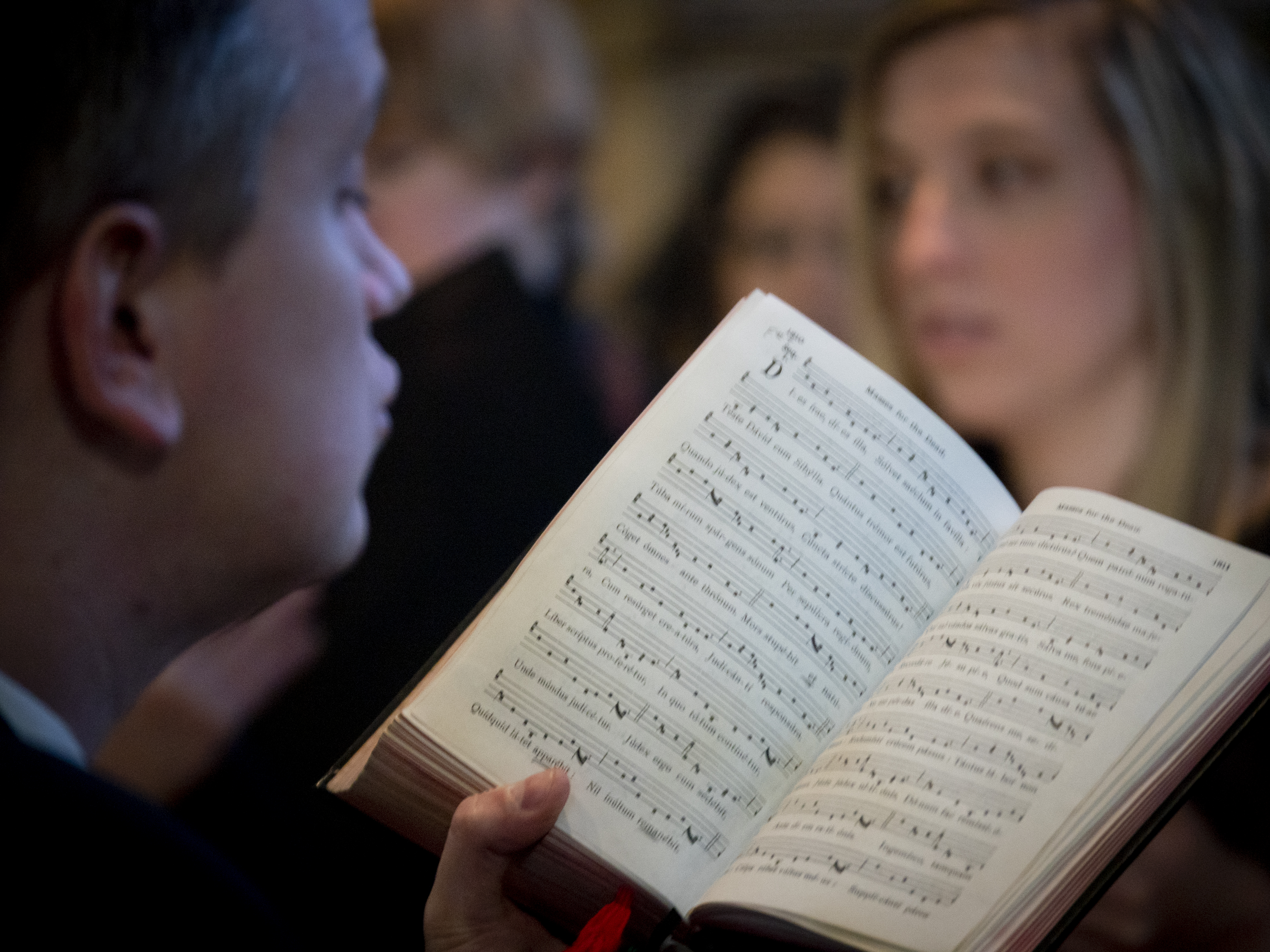 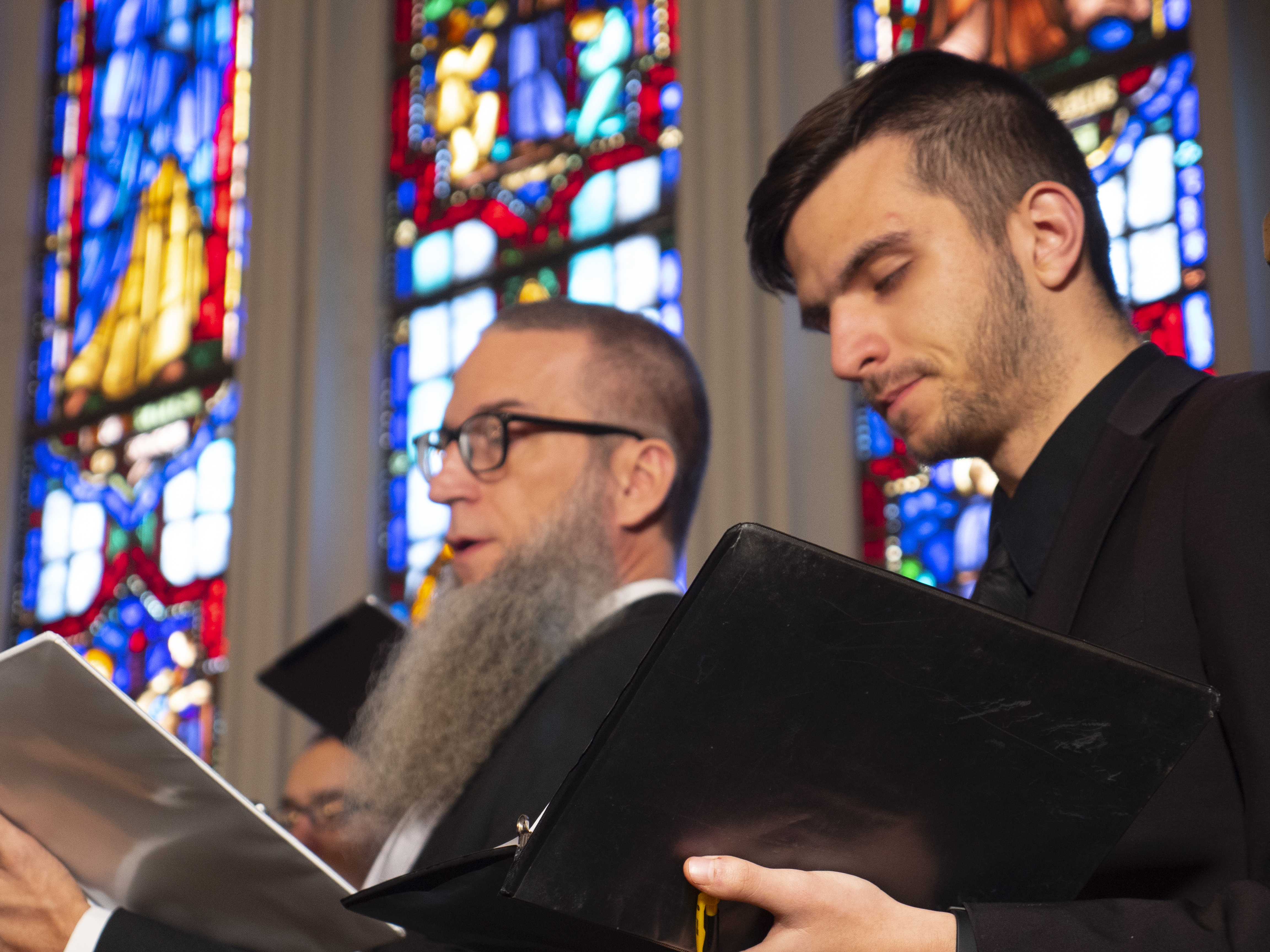 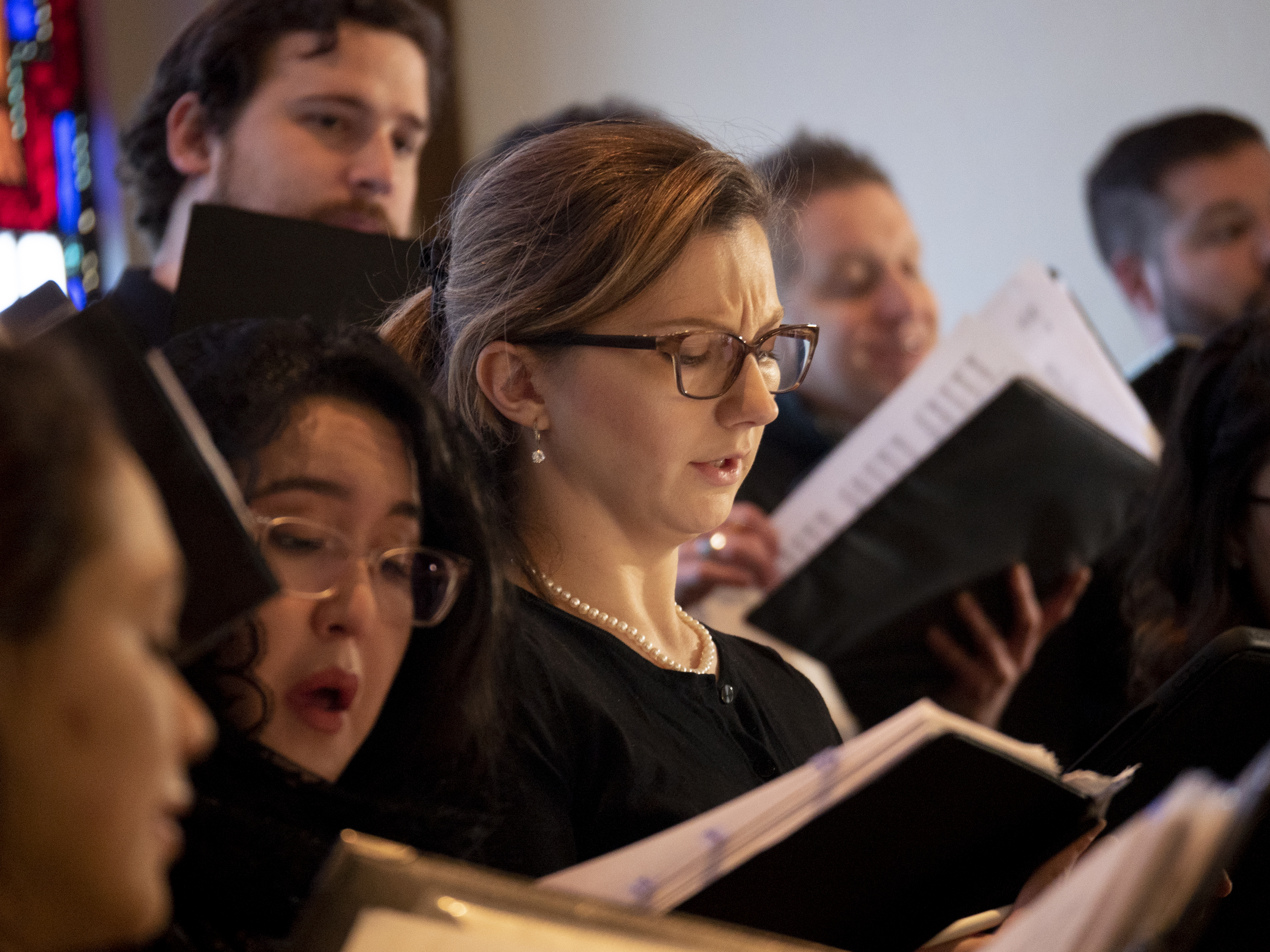 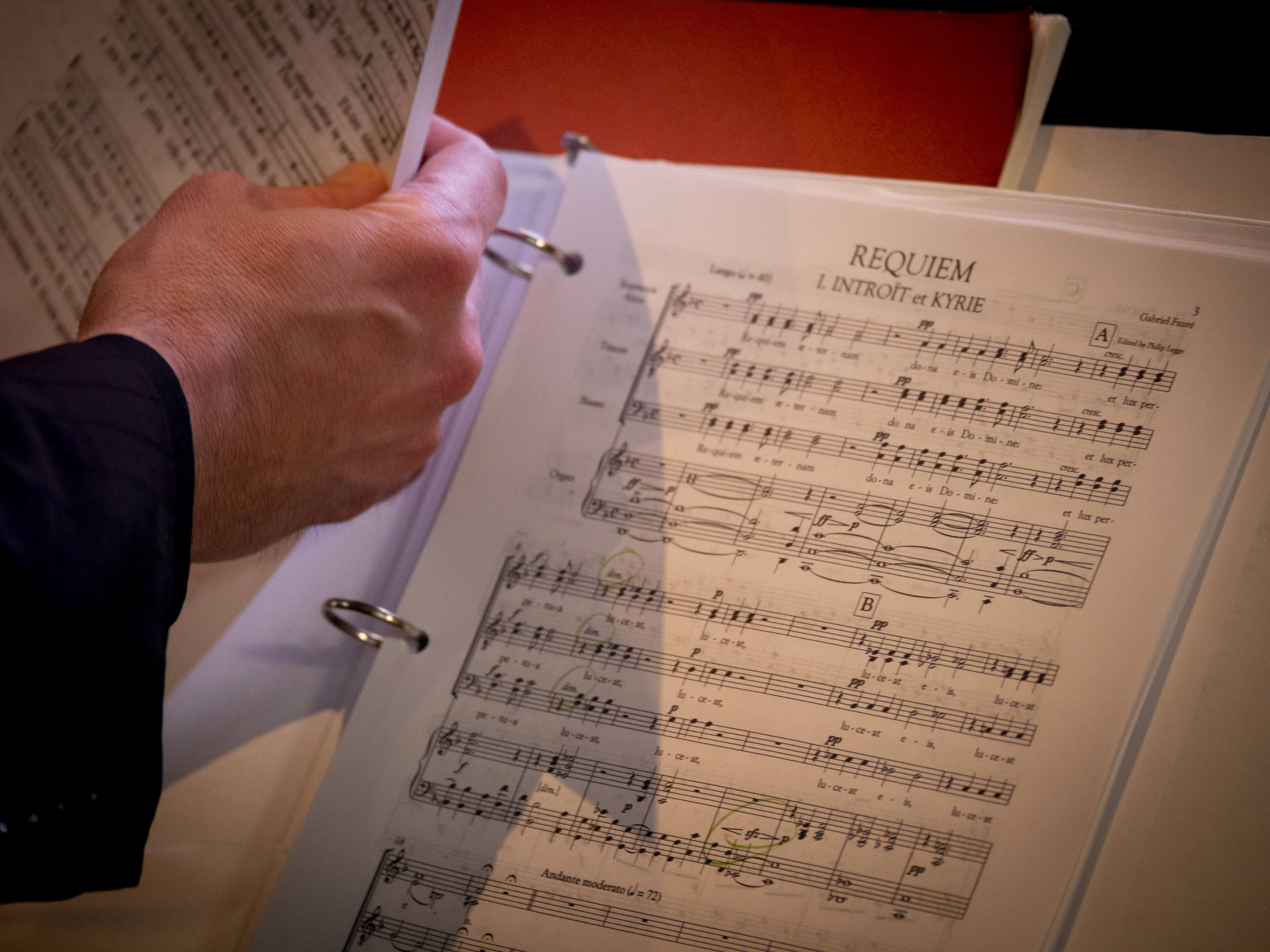 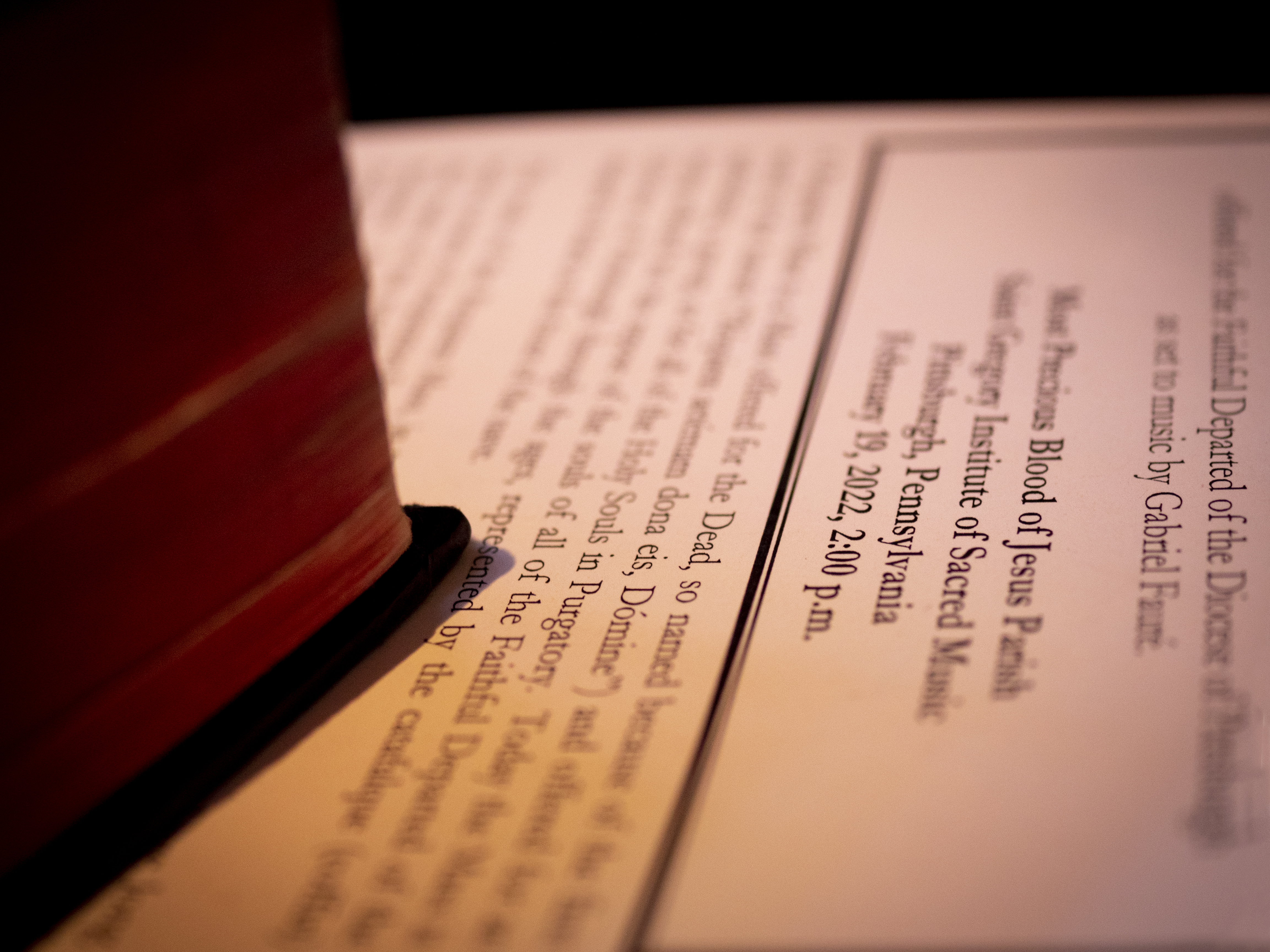 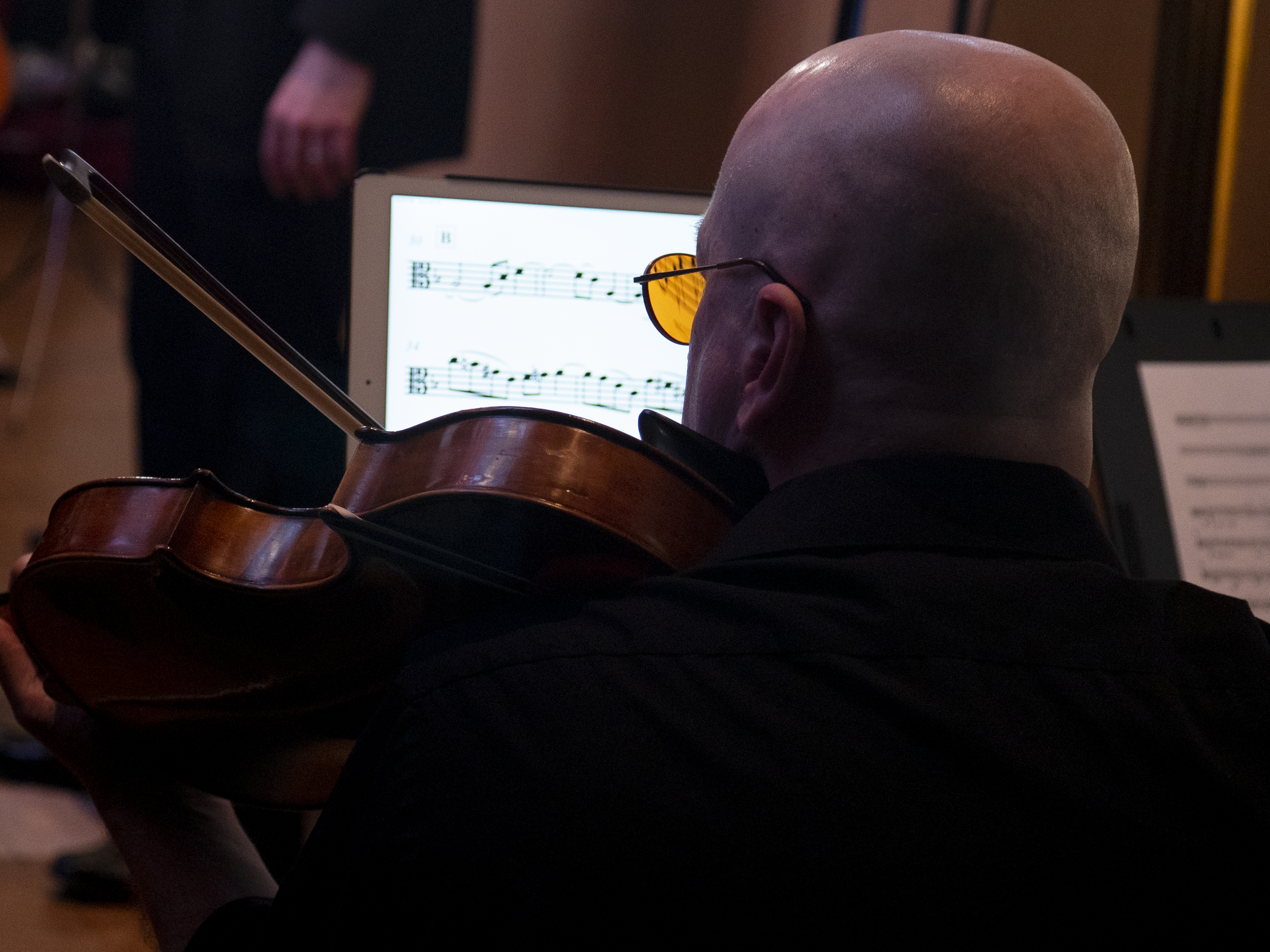 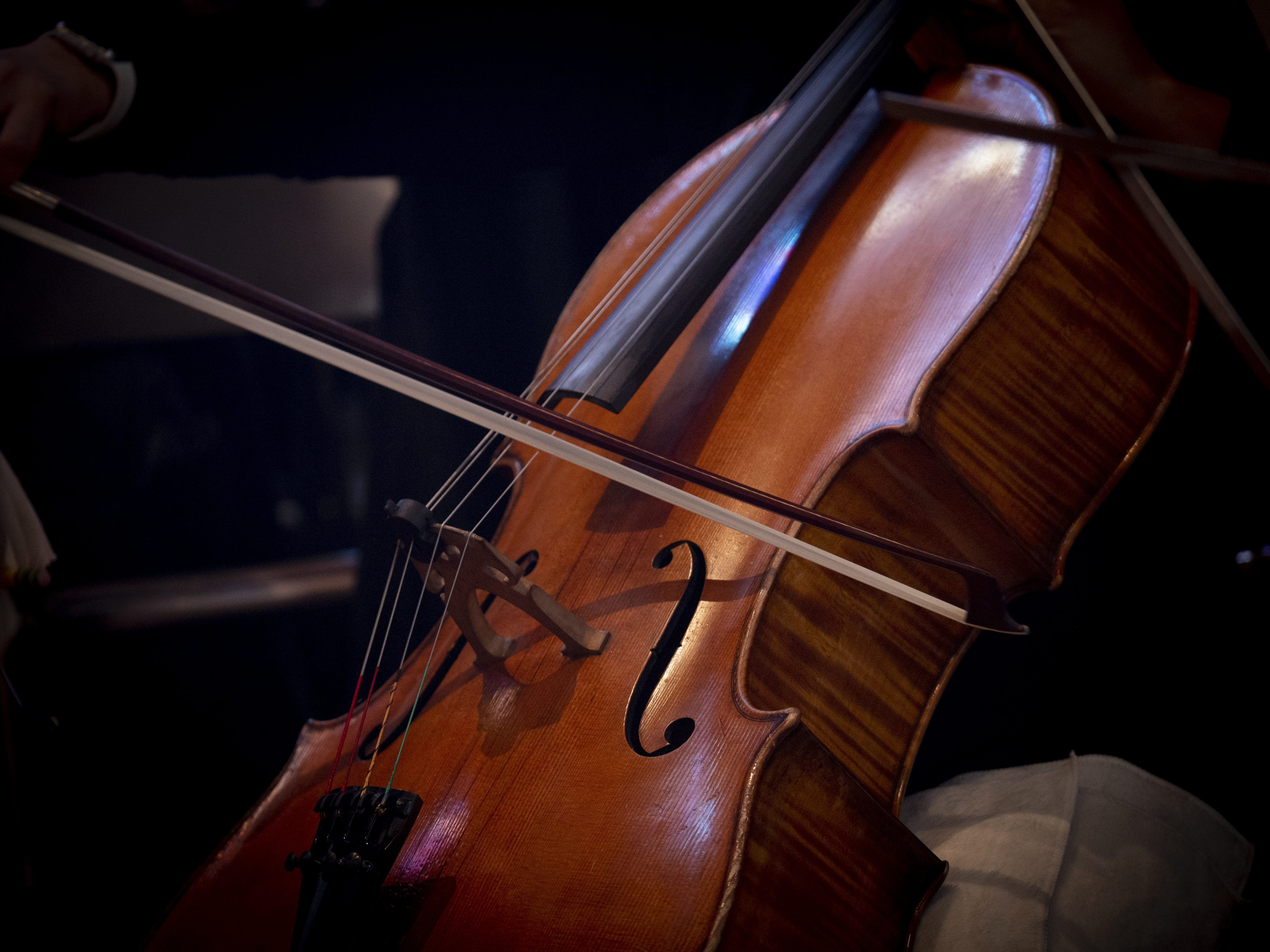 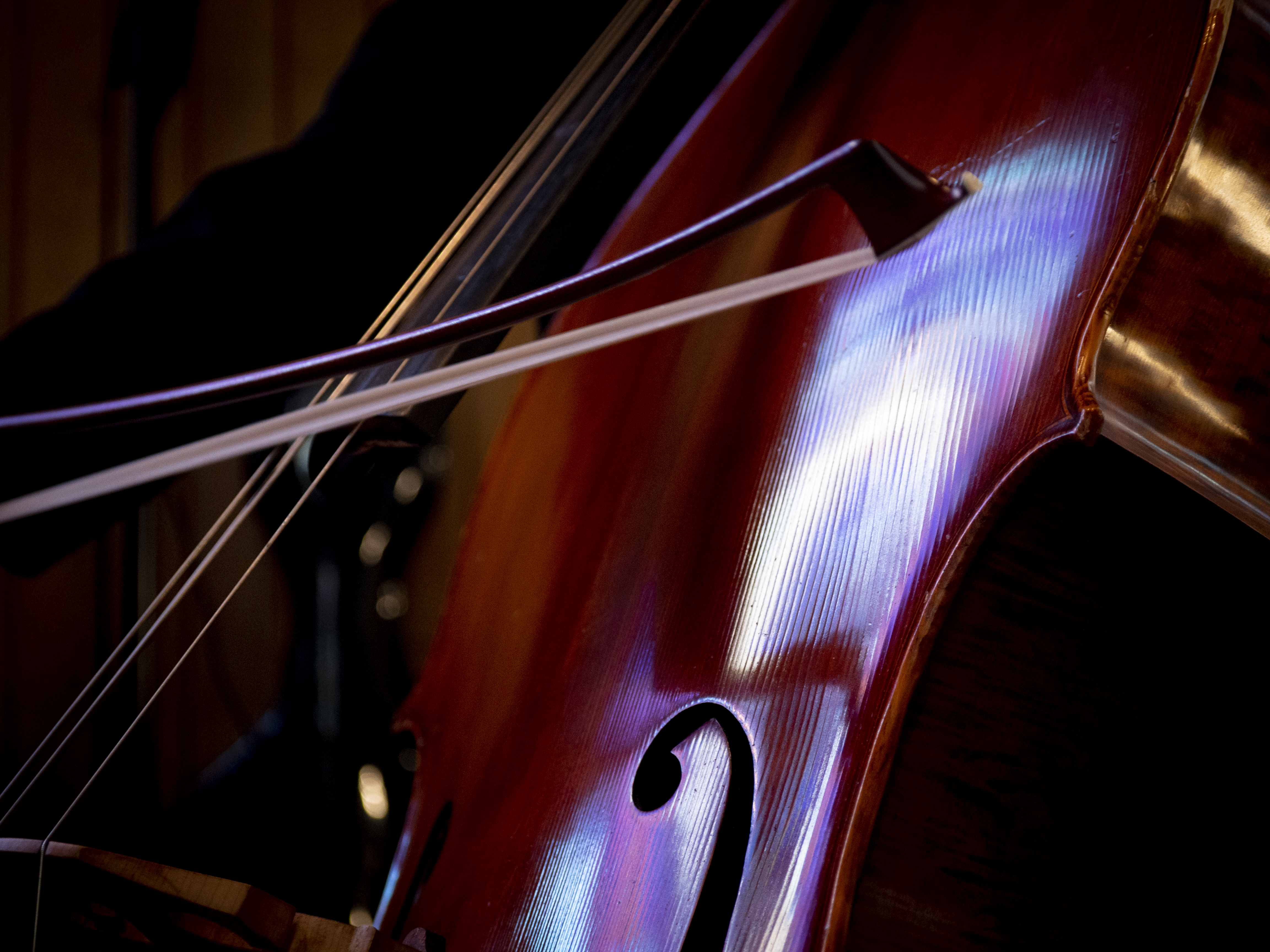 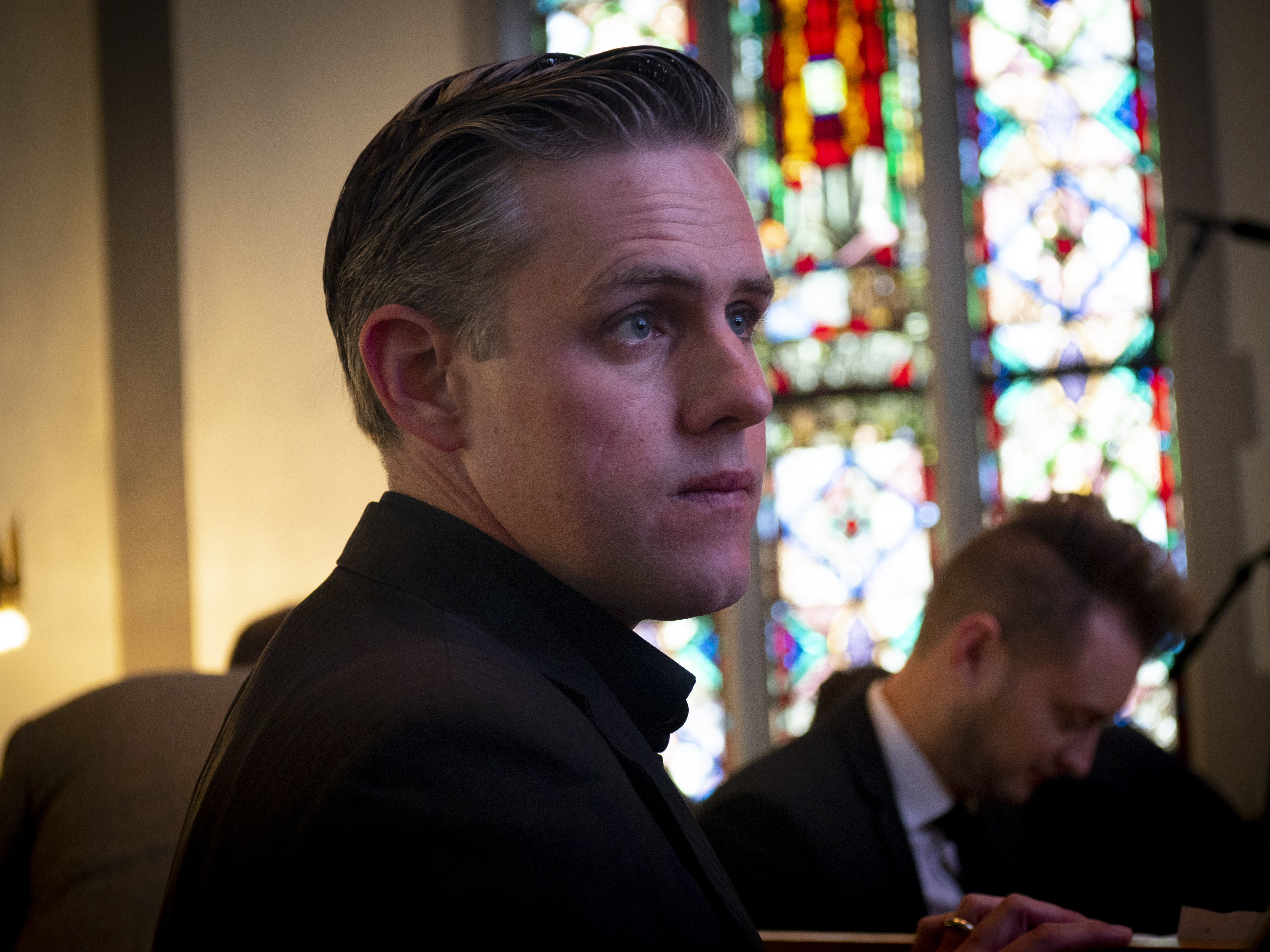 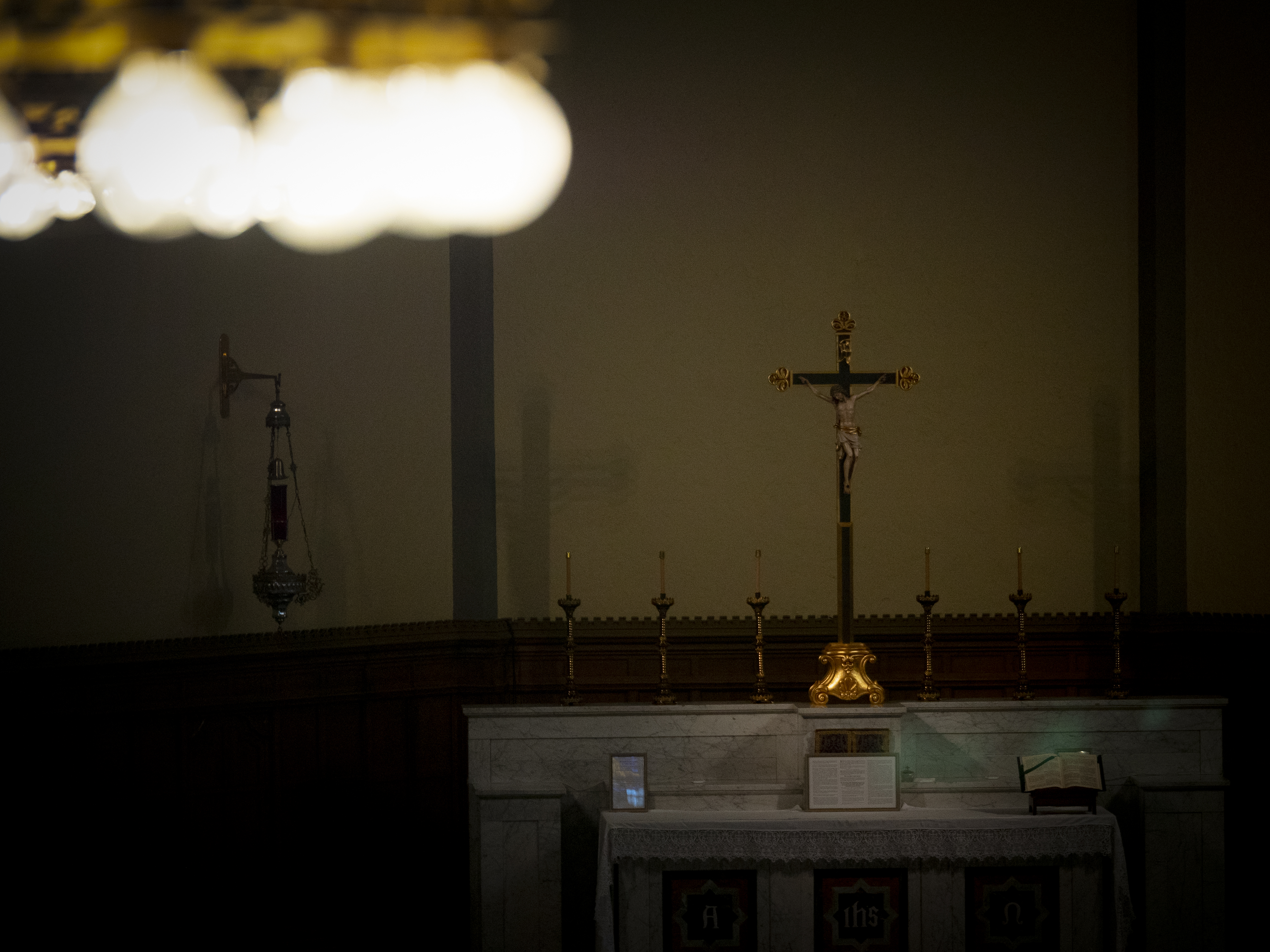 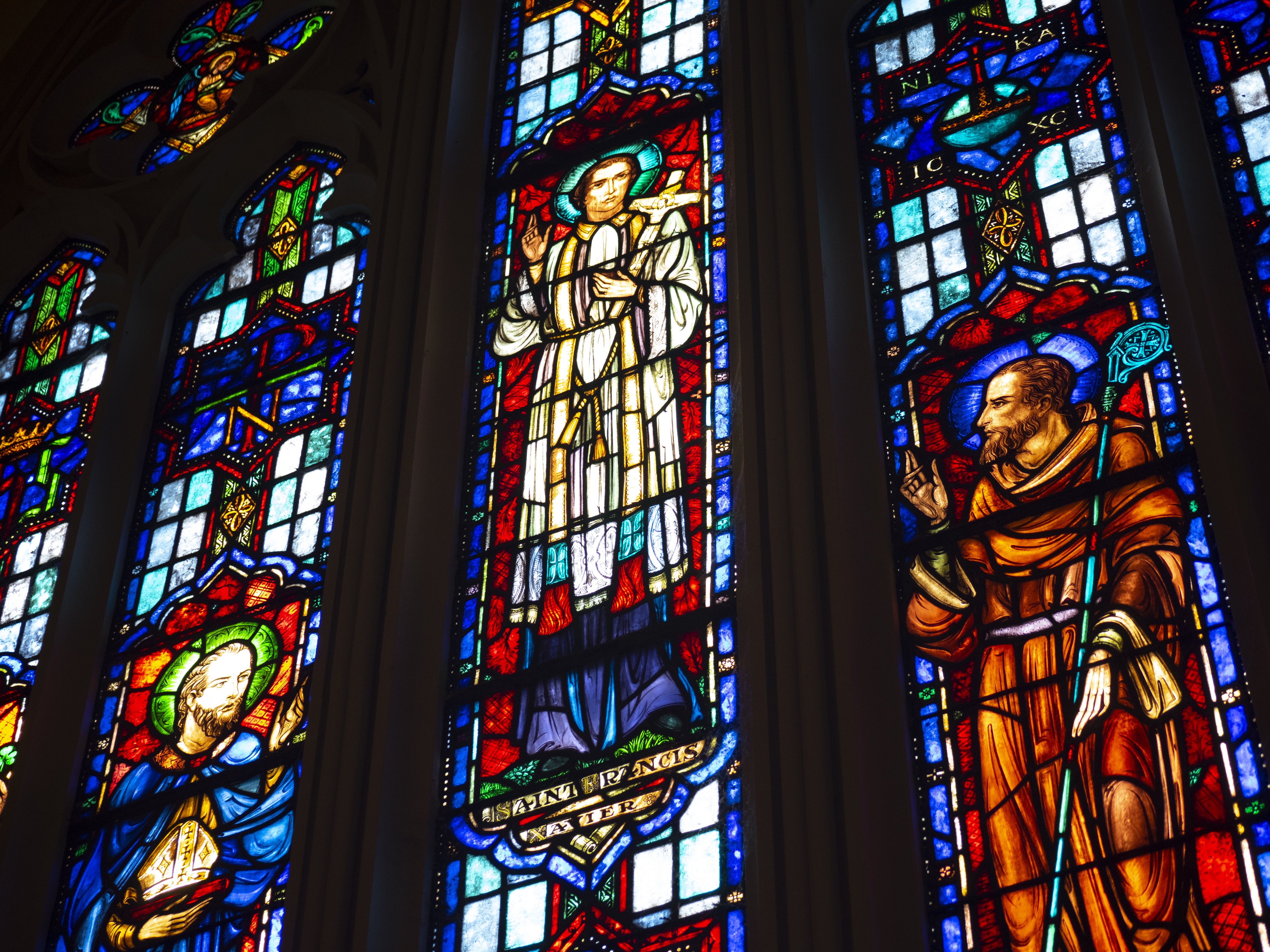 Gradual and Tract (Mass of the Dead)